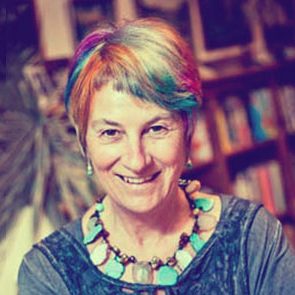 “Mysteries of consciousness: Falling in and out of illusion”

Are you conscious now? If so, what you are conscious of? And what you were conscious of a moment ago? I suspect you think you know, when really you don’t. This is because we are all so deeply deluded about our own minds. Consciousness researchers have no idea how to bring mind and matter together or how to solve the ‘hard problem’ of consciousness. Popular ideas, like the ‘contents of consciousness’ and the ‘stream of consciousness’ serve only to keep us confused. With demonstrations and audience participation I’ll try to show why consciousness is an illusion and how and why our delusions manage to trap us.

Can we escape? Perhaps meditation can point to a way by calming the mind; perhaps mindfulness can help by dropping past and future; perhaps psychedelic drugs can shine through the illusion of duality. From my own out-of-body experience and my adventures with meditation and psychedelics, I’ll explore some of the ways we get ourselves into and out of delusion.

Dr. Susan Blackmore is a freelance writer, lecturer, broadcaster, and a Visiting Professor at the University of Plymouth.

She has a degree in psychology and physiology from Oxford University (1973) an MSc and a PhD in parapsychology from the University of Surrey (1980). She no longer works on the paranormal.

Her research interests include memes, evolutionary theory, consciousness, and meditation. She practices Zen, campaigns for drug legalization and plays in her village samba band, Crooked Tempo.

Sue Blackmore writes for several magazines and newspapers, blogs for the Guardian newspaper and Psychology Today, and is a frequent contributor and presenter on radio and television. She is author of over sixty academic articles, about eighty book contributions, and many book reviews.

Her latest book is Seeing Myself: The new science of out-of-body experiences (2017). Her other books include Dying to Live (on near-death experiences, 1993), In Search of the Light (autobiography, 1996), Test Your Psychic Powers (with Adam Hart-Davis, 1997), The Meme Machine (1999), Conversations on Consciousness (2005), Zen and the Art of Consciousness (2011) and Consciousness: An Introduction (a textbook, new editions 2010 and 2011). Her work has been translated into more than 20 other languages.

She is a TED lecturer, a member of the Edge Community, and was chosen as one of the 100 Global Minds 2015.