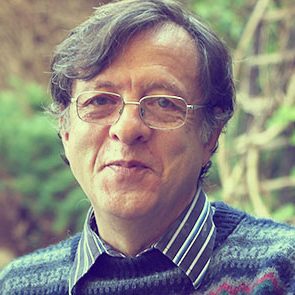 “The Yajé/Ayahuasca Banisteriopsis Complex, a Cultural, Scientific, and Artistic Overview”

The use of these preparations within a larger context of pre-Columbian plant knowledge. Introductory overview of indigenous and mestizo Amazonian use of yajé and ayahuasca within animistic worldviews. The adoption of ayahuasca as a sacrament by expanding Brazilian religious organizations from the thirties onwards. The more recent pilgrimage to Amazonian countries of growing numbers of people of all ages and walks of life, (a phenomenon that started in the nineties) and the proliferation of practitioners -Amazonian and not- traveling the world, which seems to have generated a worldwide emergence of experiential and therapeutic circles, scientific studies, and artistic and musical manifestations related to the experiences. What is the potential, as well as the dangers, of such experiences in a new, world-wide context? What role do these and other medicinal psychoactive plants and substances play in contributing to social change and environmental awareness? What are its therapeutic possibilities, in a physiological and/or cognitive sense? What new ideas might these experiences bring forth about the mysteries of consciousness?

Luis Eduardo Luna is director of Wasiwaska, a research center for the study of psychointegrator plants, visionary art, and consciousness in Florianópolis. He is a Guggenheim Fellow, and a Fellow of The Linnean Society.

Luna is author of Vegetalismo: Shamanism among the Mestizo Population of the Peruvian Amazon (1986), co-author with Pablo Amaringo of Ayahuasca Visions: The Religious Iconography of a Peruvian Shaman (1991), and co-author with Slawek Wojtowicz, Rick Strassman, and Ede Frecska of Inner Paths to Outer Space: Journeys through Psychedelics and Other Spiritual Technologies (2008). He is also co-editor with Steven F. White of Ayahuasca Reader: Encounters with the Amazon’s Sacred Vine (2000), with an expanded second edition published in September of 2016. Luna has curated art exhibitions in Europe, Latin America, and the United States, and directed two documentary 16mm films, Don Emilio and His Little Doctors (1981), And so, I tell them to Paint (1991).