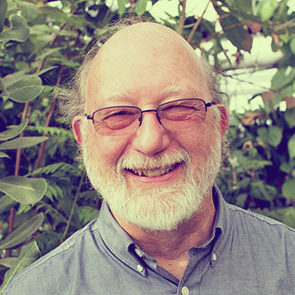 “Bitter Brews and other abominations: A Pharmacognostic Survey of Mind-altering natural substances”

Psychoactive substances with vast chemical diversity are widely distributed throughout the Earth’s biosphere and are surprisingly common in plants, animals, and fungi. This is a reflection of the common evolutionary origins of all life, and is the result of billions of years of biochemical coevolution, cooperation, and competition.
Because nervous systems were not complex enough to support consciousness for most of evolutionary time, most of these compounds served an ecological function as ‘messenger molecules’ by mediating ecosystemic relationships. As neural evolution continued, many of these molecules became functionally adapted and internalized to fulfill signal transduction functions in neural systems such as neurotransmission, hormonal processes, second messenger cascades, and other semiotic processes.
This lecture will give you a better appreciation of the common occurrence and wide distribution of naturally occurring psychoactive molecules throughout the Biosphere and their chemical and pharmacological diversity.
A broad overview of the distribution of natural psychoactive substances as well as their origins and distribution in the biosphere will be provided. The phylogeny of psychoactive chemistries in addition to the naturally occurring psychedelics, defined as those substances that are 5HT2a agonists will be discussed. Many of these substances are well known within shamanic practices, while others are lesser known.
The substance classes that can’t be considered psychedelics, but are nonetheless psychoactive, will also be discussed. Finally, we will range far afield and consider some psychoactive compounds found in unexpected and surprising sources: insects, marine organisms, venomous animals, and bacteria.

Ethnopharmacologist, research pharmacognosist, lecturer and author. He is a senior research scientist for the Natural Health Products Research Group at the British Columbia Institute of Technology in the Vancouver area and is a founding board member and the director of ethnopharmacology at the Heffter Research Institute, a non-profit organization concerned with the investigation of the potential therapeutic uses of psychedelic medicines.

McKenna received his Master’s degree in botany at the University of Hawaii in 1979. He received his doctorate in botanical sciences in 1984 from the University of British Columbia. McKenna then received post-doctoral research fellowships in the Laboratory of Clinical Pharmacology, National Institute of Mental Health, and in the Department of Neurology, Stanford University School of Medicine.

McKenna’s research led to the development of natural products for Aveda Corporation as well as greater awareness of natural products and medicines. He has authored numerous scientific articles and books. He co-authored The Invisible Landscape with his brother Terence McKenna and Botanical Medicines: the Desk Reference for Major Herbal Supplements with Kenneth Jones and Kerry Hughes. McKenna spent a number of years as a senior lecturer for the Center for Spirituality and Healing, part of the Academic Health Center at the University of Minnesota, Twin Cities.

Dennis McKenna’s research has focused on the interdisciplinary study of Amazonian ethnopharmacology and plant hallucinogens. He has conducted ethnobotanical fieldwork in the Peruvian, Colombian, and Brasilian Amazon. His doctoral research (University of British Columbia, 1984) focused on the ethnopharmacology of ayahuasca and oo-koo-he, two tryptamine-based hallucinogens used by indigenous peoples in the Northwest Amazon. He is a founding board member of the Heffter Research Institute, and was a key organizer and participant in the Hoasca Project, the first biomedical investigation of ayahuasca used by the UDV, a Brazilian religious group. He is the younger brother of Terence McKenna. He is currently Assistant Professor in the Center for Spirituality and Healing at the University of Minnesota.